Skip to main contentSkip to footer

Perfection in technique training – The optimal barbell trajectory during the Snatch 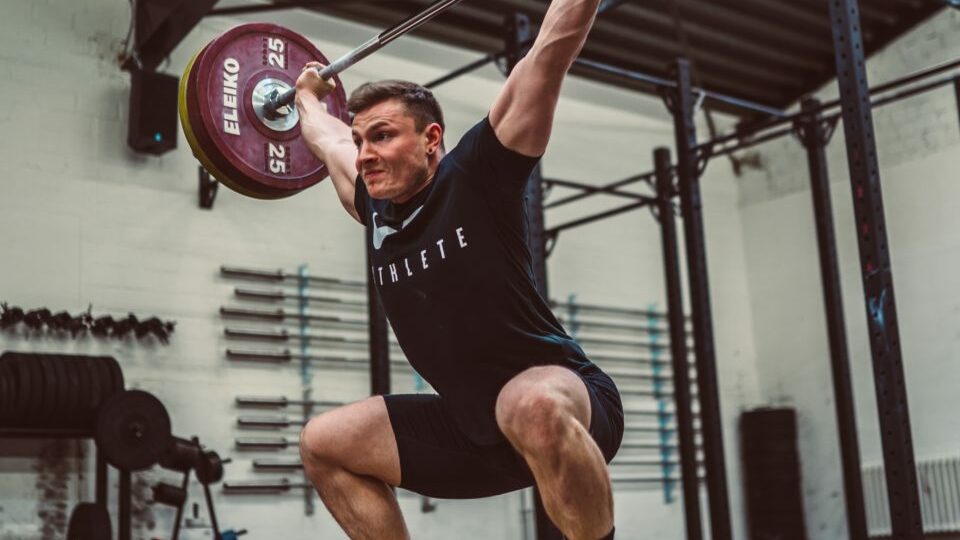 Especially in Olympic weightlifting, it is difficult to achieve good results without constantly trying to perfect your own technique. Necessary qualities such as strength, quickness, or mobility can be developed and improved by an athlete with continuous training. But with bad technique and incorrect execution of the exercises, the potential of an athlete is limited, because thereby his actually possible performance potential is inhibited.

The right position at the beginning of the exercise is a prerequisite for successful repetition. Only if the various phases in Olympic weightlifting are performed as precisely as possible can the barbell trajectory be optimally executed, resulting in a maximal moved weight. The athlete should therefore not only know the correct motions of his body, but also the rational course of the barbell trajectory and how it can be influenced.

Just as important as the starting position is lifting the bar off the ground, i.e., the first pull of the Snatch. Even small mistakes in the posture usually result in even larger ones in subsequent phases, and compensation is almost impossible. Therefore, it is essential to start in the right position at the beginning.

In contrast to the second phase, a rather moderate effort is required in the first pulling phase. The bar has reached a height of about 35% of the athlete’s body height and moves closer to him at this point. The curve of the trajectory thus goes in the direction of the athlete. How strongly the bar moves in this phase, however, depends among other things on the body size. For an athlete with a height of 1.50 m, the bar is on average 4 cm. With a height of 1.70 m, it is already 8 cm and with a 1.90 m athlete, the bar moves an average of 12 cm. Accordingly, the barbell trajectory of athletes of different sizes can look different with the same design. The maximum height is only reached if the bar remains close enough to the body.

Timing is especially important in the second pull and in the regrouping phase. This is where the maximum velocity of the bar should develop – the movement sequence must be right. In this second phase, the barbell trajectory will move vertically, away from the athlete. However, this distance should be kept as small as possible, because only if the bar stays close to the body, an optimal velocity can be generated to reach the maximum height afterwards.

Only the position of the feet can be decisive for the success of the individual phases. If the feet are already a few centimeters in front of the bar in the starting position, the bar will move considerably away from the athlete in the second phase. The further the feet are in front of the bar, the worse the conditions for maintaining balance and realizing power potential will be.

It is also known that smaller and lighter athletes only reach a relatively lower maximum height with the bar. The final height depends on the developed maximum velocity in the second phase. This is also relatively higher for larger athletes, as their acceleration is better.

Ultimately, the right technique is the key to success. The attempt to approach an optimal barbell trajectory is a time-consuming challenge that can only be mastered gradually with a strong stamina. There will always be new small mistakes, but perfection can only be achieved through targeted technique training.

With Enode Pro these problems can be tackled. The strength training of the athletes is optimized by precise velocity and technique analyses. The sensor and app produce scientifically accurate images of your technique, and the trajectory reveals weak points that even an experienced trainer cannot identify.